The DFU process varies from one chipset and one vendor to another and varies depending on the implementation. However, there are some basics that apply in most cases.

Here are the basics of how an over-the-air device firmware update (DFU) process works:

These are simply generic steps and depending on the chipset used and system design, there will probably be differences in your own implementation. 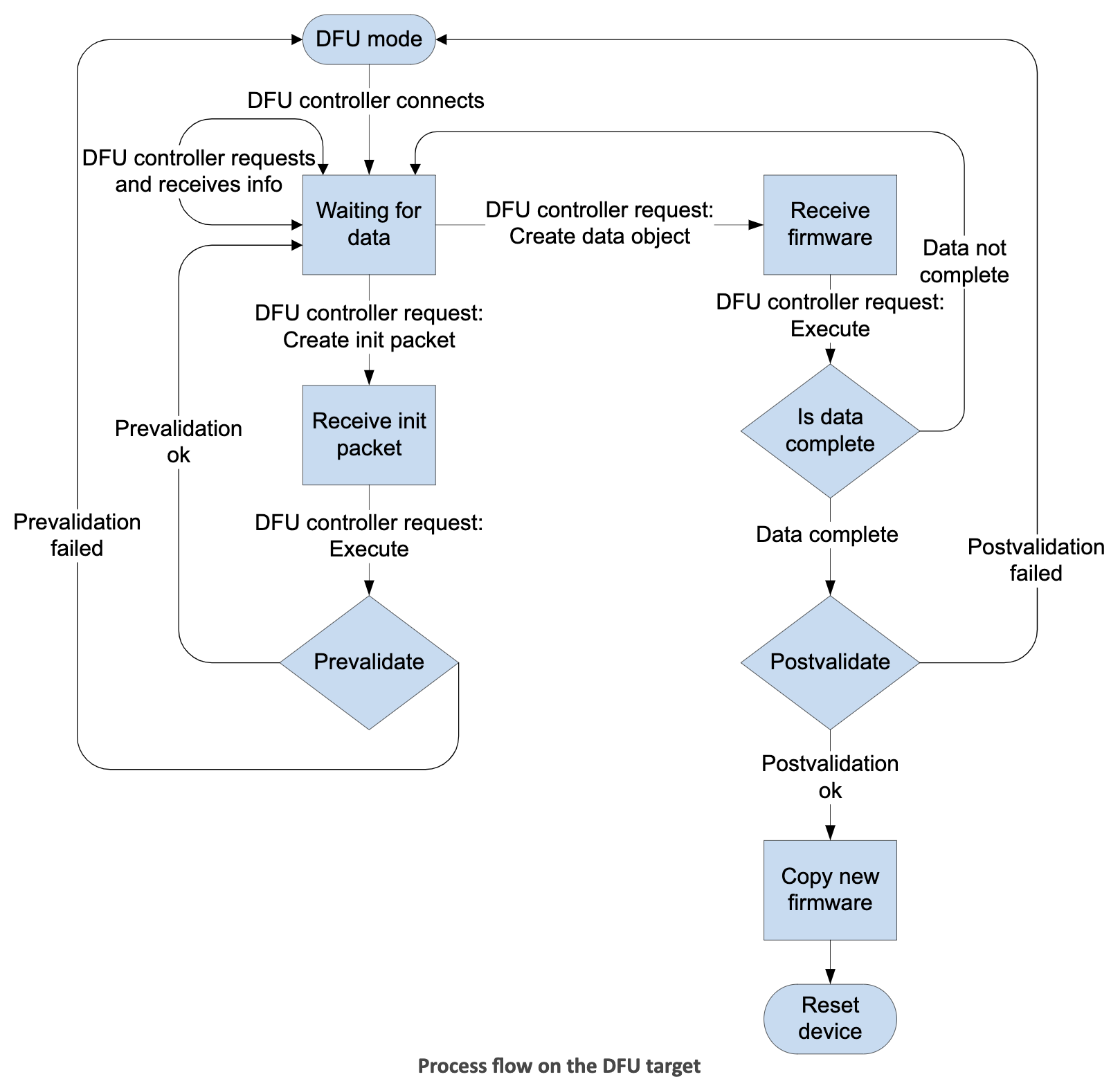 Other DFU over BLE Examples