In this lesson, we’ll look at the packets being exchanged between the DFU controller and the DFU target during a DFU operation over BLE. To accomplish this, I’ll be capturing the BLE traffic using an Ellisys Bluetooth Tracker. The capture file is available for download at the bottom of the page.

Going through this exercise helps us better understand the different commands and BLE packets involved with the DFU process, and is very useful in the case of a bug or failure in the process.

NOTE: Capture files were recorded using the Ellisys Bluetooth Tracker. You do NOT need to own an Ellisys analyzer in order to view the capture files. Simply contact Ellisys at [email protected] and request the link to download the “Ellisys Bluetooth Analyzer” PC Software – and mention that you are a member of Novel Bits’ Bluetooth Developer Academy. Once you’ve downloaded the software, you can open and view the .BTT file(s) and look at all the packets in detail.

If you recall from the nRF DFU Introduction lesson, the nRF DFU over BLE process involves the following steps:

Referring to Nordic’s documentation on the BLE DFU process, we look at the following sequence diagram: 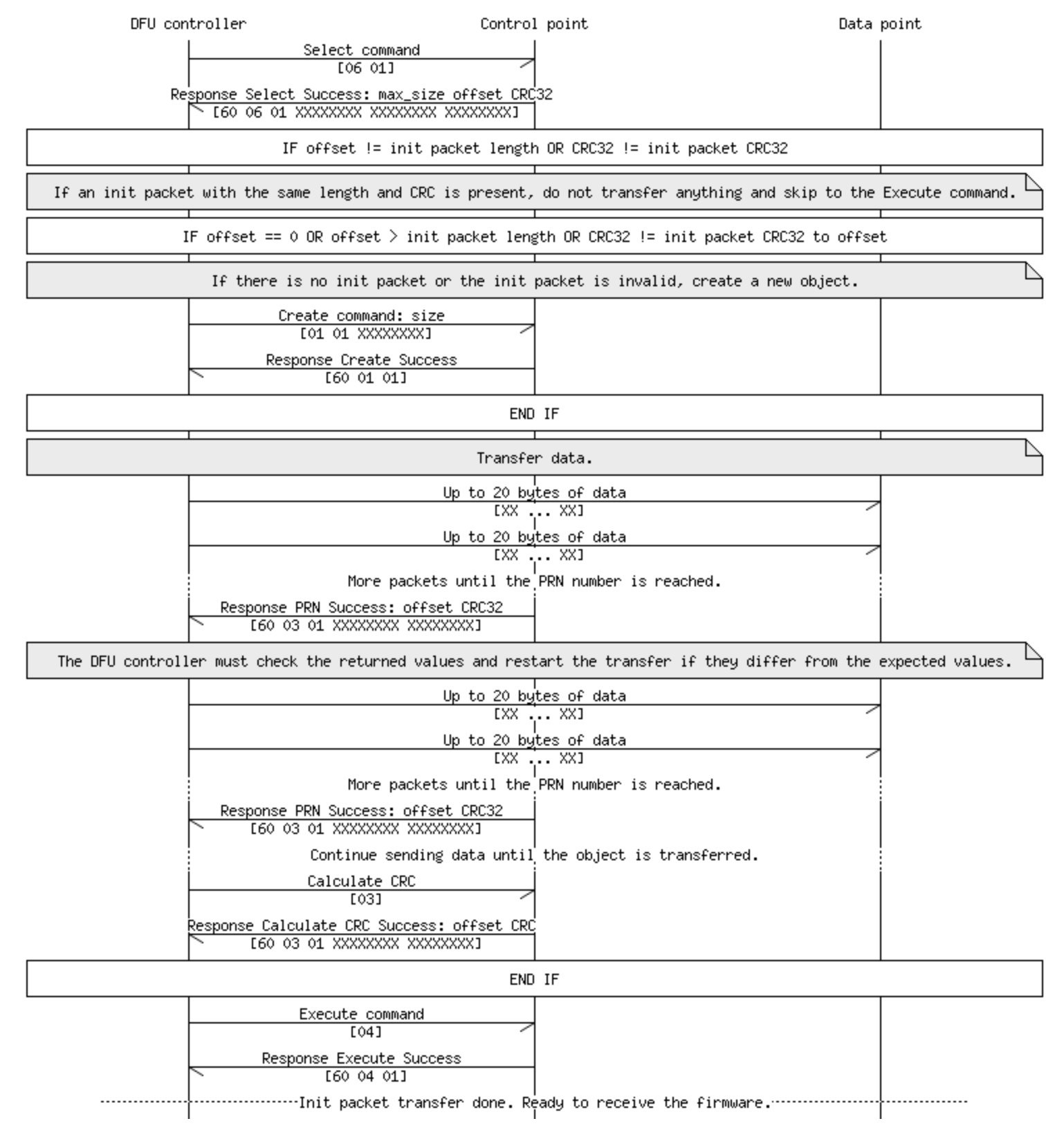 Let’s list the commands and packets that are involved with this process from a clean start (taken from the above sequence diagram):

Once the Init Packet transfer-validation stage is completed, the DFU Controller can now transfer the actual firmware image. The steps are documented in the following sequence diagram (taken from Nordic’s documentation): 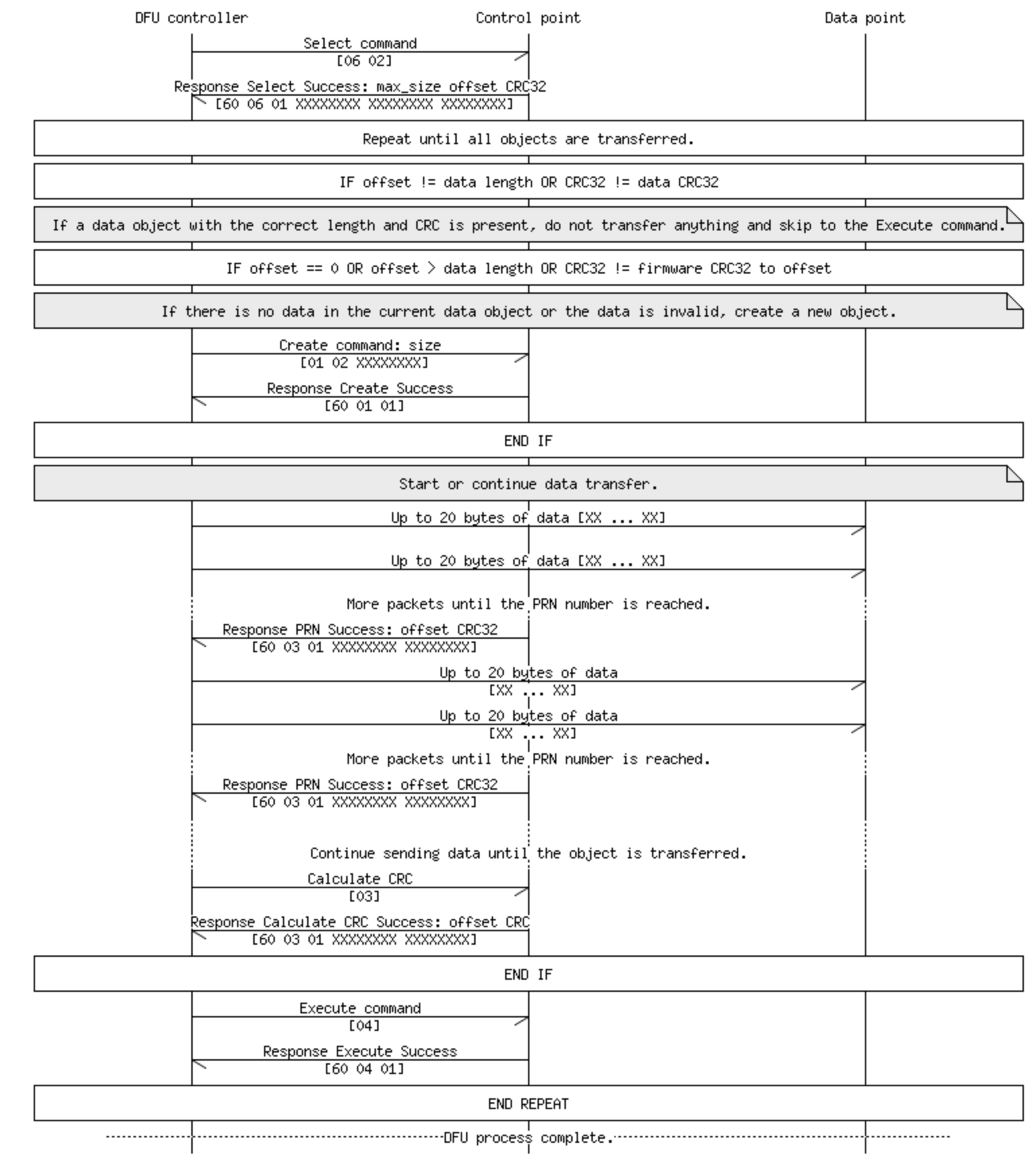 The commands and packets involved with this process are identical to the ones in the Init Packet transfer stage, with the exception of the following commands:

Downloads for this lesson

BTT (ELLISYS CAPTURE FILE) nRF52 OTA DFU Packet Capture
Got questions about this course? Click here to discuss them in the forum